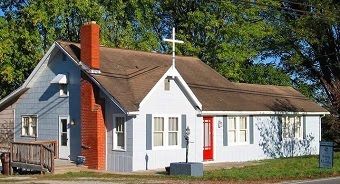 We’re located at 408 Levee Road in Mount Sterling, across from the MCHS football stadium.

Dear Brothers and Sisters of Mary and Martha,

This is a difficult article to read, but it’s really worth taking the time to do so.  There are some good insights here (especially following up on the sermon I preached last Sunday – about the Church needing to become comfortable in her own skin again!).

Brothers and Sisters at Bethany House, would you please take a few moments and read this article?  Once you get past the “bad news”, there are some encouraging things to note!!  This is especially true for us as we investigate “The Benedict Option” and ways of being a vital Church community!

“The Pandemic and the Demise of the Church”…

by The Rt. Rev’d. David Epps

A recent Barna poll has indicated that, in the next 18 months, 20% of all churches in the United States are likely to close as a result of the pandemic. If accurate, this would mean that, in the United States, 9,491 Southern Baptist churches (out of 47,456 churches as of 2018) would shut down. With 17,000 parishes, the Catholics Church would close 3,400 churches. The Assemblies of God and the Church of God in Christ would both lose 2,400 churches. Other denominations would be similarly affected. Part of the reason may be financial.

An April 24, 2020 article in the Washington Post states that churches, especially small churches, are living week to week, have eliminated much of paid staff, and are struggling to pay their mortgages. Even though congregations may not be meeting as usual, the expenses are virtually the same. A significant portion of church-goers have a “movie ticket mentality.” That is, “If I don’t go to a movie, I don’t pay for a ticket,” which translates as, “If I don’t go to church, I don’t give an offering.” It is a flawed concept of stewardship but is wide spread in some circles.

Another factor may be that only about 20% of churches were live streaming their services prior to the pandemic. The church was, thus, out of sight and out of mind.  Many church leaders were having to learn how and what to do and decide if they could afford to live stream. Most realized that they could not afford to neglect live streaming.

More troublesome, 58% of pastors surveyed believe that their own church will not survive the current crisis. If the pastors themselves have this gloomy viewpoint, it stands to reason that their congregations will likely be affected by their pessimism. Leaders set the tone. Even if they try to hide their true feelings, many people are able to pick up on the non-verbal signals and indicators. If the captain believes the ship will sink, what hope has the crew?

Of course, this phenomenon is not new, even among church leaders. In the Gospels, Jesus himself seems to be regularly chiding his disciples for their lack of faith.  They seem to have forgotten that it is Jesus who said, “I will build my Church,” and that he promised that the “gates of hell” would not prevail against it. The Church has survived Roman persecution, Nazism, Communism, the Black Death, atheism, militant socialism, Fascism, and all manner of unfavorable circumstances. However, faith is required on the part of its members and leaders so it is very possible that some individual churches will not survive. The Church, however, is in no danger.

Another disheartening fact is that, for churches that do live stream, fully 1/3 of the active congregation does not and has not tuned in to watch. It’s hard to argue with politicians who say the church is not essential when that many people who are church members see their own church service as irrelevant.

I, for one, have a more positive outlook than Barna or the Washington Post. My personal experience is that the church leaders I know are finding ways – sometimes very innovative ways – to minister to their people. Most are working harder than they were prior to the pandemic. In the church I serve, almost all of the people have continued to be faithful in their giving. This summer we received an annual offering to help build churches in this country. Our “pandemic offering” was several hundred dollars higher than in 2019 when there was no pandemic. The offerings on Sundays are down but the checks we receive in the mail and donations online are up.

Churches, including our own, have discovered that the audience they have from live streaming is likely several times larger than in-house attendance prior to the current situation. In other words, people who have never visited their church are visiting for the first time through live streaming.

There is the danger that people who have broken the habit of church attendance may be tempted to stay absent. It is also possible that those who have only been to “virtual church” during this time will want to stay home in their pajamas and drink coffee as they watch church from the comfort of their recliner. This would be a shame.

When Genesis records that God said, “It is not good that man should be alone,” He meant that. Man (or humankind, if you prefer) was not created to be a solitary creature. In the New Testament, the admonition is given to “not forsake the assembling of yourselves together.” When Jesus himself addresses seven churches in the Book of Revelation, those messages are given to the gathered church, not to individuals. Almost all the Epistles are addressed to congregations. There is no such thing as “solitary Christianity.”  There is no, “It’s just me, my Bible, and Jesus.”

In the meantime, “having done all to stand, stand therefore.” Have some faith, participate when and where you can, be faithful to give generously to your church, pray often, and read God’s Word. Pastors and priests, please lead—don’t limp—through this crisis. None of this has caught God off guard. It’s His Church, not yours, so adjust your attitude and actions and trust Him. He is faithful when we are not and He has answers when we are clueless. Let’s thrive, not merely survive, during these days!

The Rt. Rev’d. David Epps is the Rector of the Cathedral of Christ the King (www.ctk.life). During the crisis, the church is live streaming at 10:00 a.m. on Sundays. He is the bishop of the Diocese of the Mid-South and can be contacted at davidepps@ctk.life.

This article appeared in The Citizen newspaper, Fayette County, Georgia for the September 23,  2020 edition. 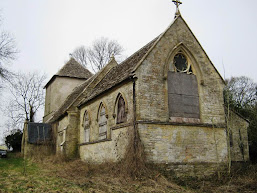 Click on the picture below to pray the Daily Office online... 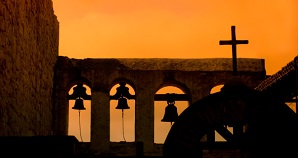 Q – What is Bethany House? Is it a Church or is it some kind of monastery?

A – Bethany House is both a regular Church (Saints Mary and Martha Anglican Church - lovingly known as MAMA Church) and the home of the Companions of Mary and Martha (a group of Jesus-followers who are using the ancient “Rule of St. Benedict” to help them draw closer to Jesus and share him with the world).

Q – To attend worship or evening prayer at Bethany House, do I have to join the Companions of Mary and Martha?

A – No, you do not. Anyone who is seeking God is VERY welcome to join us for worship and prayer (and potlucks and other gatherings and activities, too)! We welcome you to join us anytime! Some who worship and pray with us are members of other Churches. In order to receive Holy Communion during worship, you do have to be a Baptized Christian and in good standing with your home Church.

Q – Is MAMA Church at Bethany House Catholic or Protestant?

A – It’s both! As Anglicans, we hold to “Catholic order and Evangelical faith”. Our form or style of worship looks very much like Roman Catholic Mass, but the hymns and songs we sing are very “Protestant” (many of them, like “Amazing Grace”, written by Anglicans).

Q – Is MAMA Church at Bethany House part of a particular Christian denomination?

Q – What does worship at Bethany House look like?

A – It’s both ancient and welcoming. We sing hymns, chant the Psalms, hear three brief readings from sacred Scripture (one from the Old Testament, one from the Epistles, and one from the Gospels), hear a sermon, pray, confess our sins, and receive Holy Communion. The pattern of our worship is called a Liturgy (Latin for “the work of the people”). We call our time of worship the Mass or the Holy Eucharist. On most Sundays, the hymns we sing and the Scripture we read and the sermon we hear all focus on the same topic.

Welcome to Bethany House and the Companions of Mary & Martha! 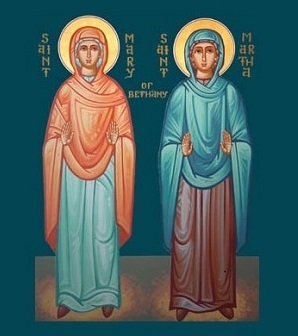 Join us at Bethany House for...

Chapter Meeting – at 5:30 pm on Thursdays (currently only available via video on our Facebook page and Youtube channel)!

Come and join us!

As we continue to cope with COVID-19, these are some things we’re doing at Bethany House to keep everyone safe while worshiping Jesus…

1. We require that everyone who attends worship wears a face mask – we have a number of people in our midst with health issues that put them at high risk should they contract the virus.

4. We are distributing Holy Communion in one kind only (the precious Body of Jesus) – Father Todd brings the consecrated Host (the precious Body) to each worshiper. It’s just too dangerous at this point to receive the precious Blood of Jesus in the chalice – whether by the common cup method or by the intinction method.

So put on your favorite mask, bring some hand sanitizer, and join us as we worship Jesus!! 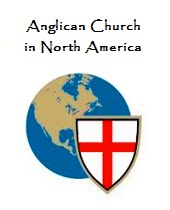 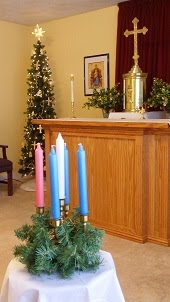 Inside the Chapel of Saints Mary and Martha 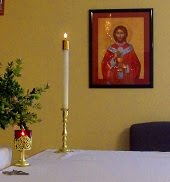 Bishop Roger and Father Todd at the ADGL Synod 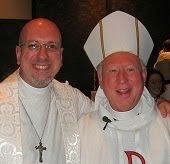 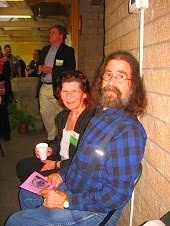 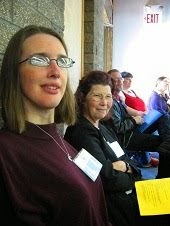 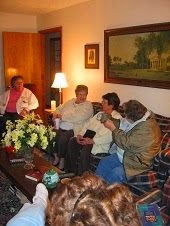 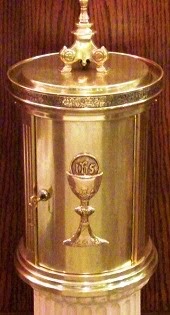 Greg and Father Todd after Mass 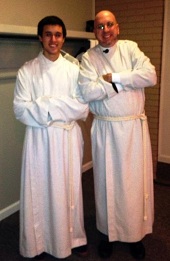 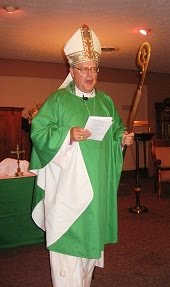 Hannah serving as our Crucifer 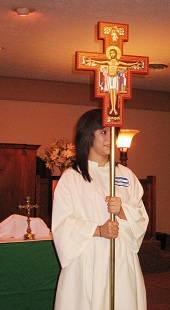 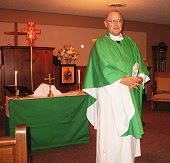 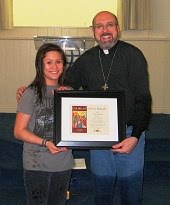 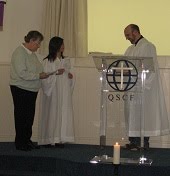 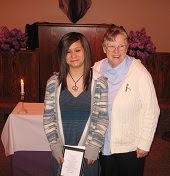 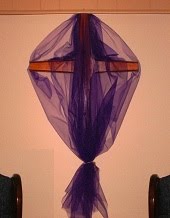 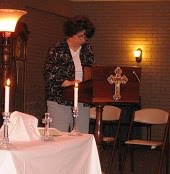 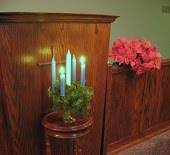 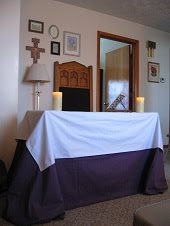 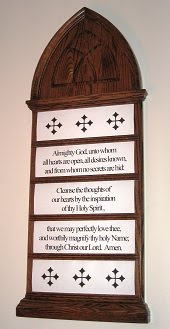 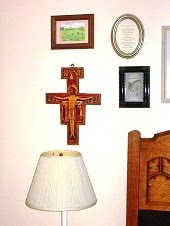 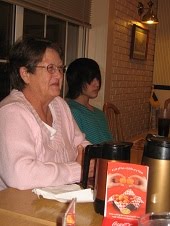 “Behold the Lamb of God; behold him that takes away the sins of the world. Lord, I am not worthy that you should come under my roof: But speak the word only and my soul shall be healed.” 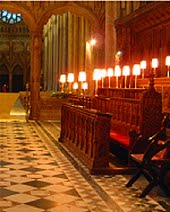